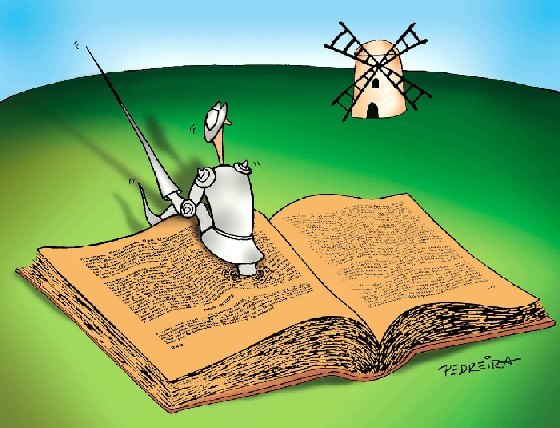 In tribute to the writer Miguel de Cervantes Saavedra, deceased on April 23, 1816, each year is celebrated in this date the Day of Spanish Language.

Known as «El Manco del Lepanto», Cervantes left among their works the novel The Ingenious Hidalgo Don Quixote of La Mancha, monumental text that contributed to the enhancement of world literature and Spanish language.

Described as the first modern novel, this has been the most translated and edited book in history, only by the Bible.

Initiative of writer Vicente Clavel, this date was first celebrated in Valencia in 1926 and then the holiday began to be celebrated throughout Spain for later in 1964, being adopted by all Spanish-Speaking countries.

However, this celebration today comes when the world says goodbye to another great writer of Spanish language, the Colombian Gabriel García Márquez, who recently died in Mexico City.

Author of extraordinary texts, included in Gabo’s work there is a play that many consider another Don Quixote, One Hundred Years of Solitude, which earned him the Nobel Prize in 1982.

It would be worth to devote then this Spanish Language Day to García Márquez, for his contributions to journalism, literature, and even cinema, one of his passions.